“Baer’s prose yells with caffeinated joy as it changes lanes on the genre superhighway. One part thriller, one part supernatural, one part comedy, all of them unmissable.”– Alasdair Stuart, host of Pseudopod and owner of Escape Artists podcasts

“Bad Publicity takes the old noir detective story and puts a clever modern spin on it. By updating the hardboiled PI tale with a tabloid writer, ghost informants, and more than its fair share of twists and turns, Baer has crafted a well-paced paranormal thriller well worth reading!”– BR Sanders, author of Resistance, Cargo, and Ariah

“Not my cup of tea.”
– Richard Thomas, author of the Thriller-nominated Breaker

When disgraced tabloid reporter Jackson Hardy finds Madame Blue, a lonely and senile old spirit, he sees his ticket back to the top. But by manipulating the ghost into uncovering Hollywood’s biggest secrets, he finds himself in the crosshairs of every celebrity whose career he destroys.After uncovering the bizarre double life of aging action star Zachary Bachman, Jr., Hardy’s long-suppressed journalistic integrity begins to emerge. Finding the truth, however, will lead him into the city’s dark underbelly, and force him to break through the very illusionary notion of privacy.Mixing modern wit with hard-boiled noir, and the supernatural with low-level grunt work, Bad Publicity has been called “a lively introduction to a writer with a seemingly boundless imagination.” (Shawn Vestal, author of Godforsaken Idaho and Daredevils) 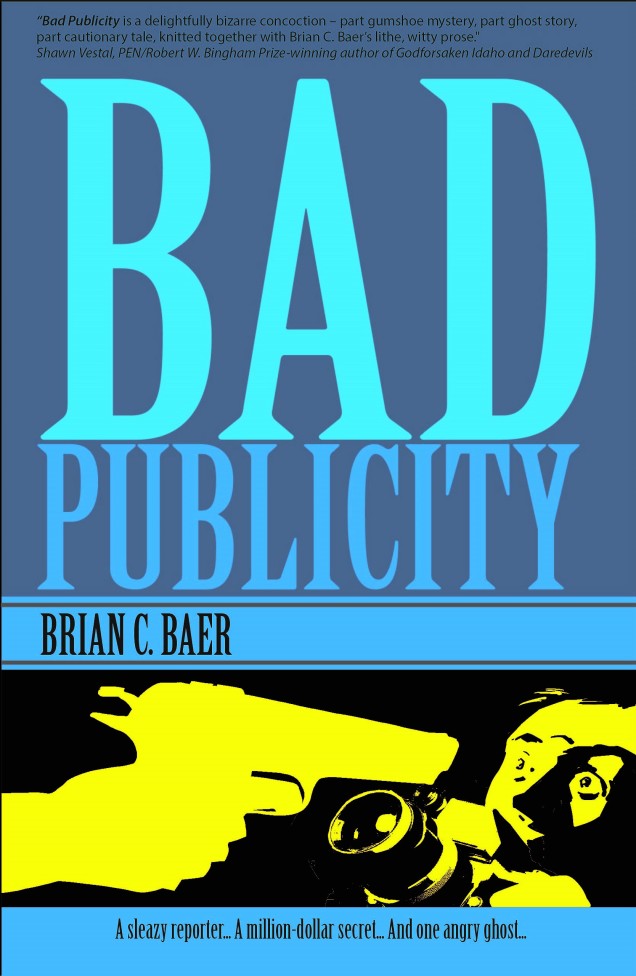 Bad Publicity is a tabloid noir / pop culture satire / ghost story originally released in May, 2015. A shiny new edition was published mid-2018 by Spokane-based Optography Press. It features a gorgeous, pulpy new cover by comic artist Matthew Southworth (Stumptown, Spider-Man: The Grim Hunt) along with reinstating my original prologue chapter, which had deemed “too weird” by the previous publisher. Optography and I thought it was just weird enough.